Wow, who would have thought of ever getting to visit a place that has all things Bollywood outside of Mumbai! Well, this is Dubai, anything and everything is possible here.

The Bollywood Park is the first of its kind, a new addition to the list of theme parks that opened last month to the public. It is one of the three theme parks of the Dubai parks and Resorts. On 2nd December the UAE celebrates it’s National day, this year it was the 45th. The day is declared a national holiday and a lot of events and activities are scheduled/planned at this time. The Malls too offer some discounts as part of the celebration. This park too had a special ticket rate offered, but it was sold out fast and we did meet few visitors inside the park who had to purchase the normal rate tickets for entry to the park. As it was a long weekend for us here in the UAE, it was a good time for family outings and friends meet ups, and a crowded park with long waiting queues 🙂 . The attractions to the park are the huge film sets and movie hoardings and banners, the cafes and retail shops apart from the different stages and the big and grand Theater.

The parks open around noon, and by the time we could park and wade our way through the large gathered crowds it was almost an hour past. Even though I have grown up viewing Bollywood movies and seen the movie locations in Mumbai, the moment one enters the park one is awe-struck with the grandeur and magnificence of the sets, the set ups, the buildings, the movie star hoardings, the director’s camera & chair square, the structure of hands with different mudras, the Indian train Bogey that is placed and transformed into a cafe, the Jambo cafe at the Linking road marked inside the park, Bollywood film studios, the hand rickshaw outside the Lagaan set, the well, water tank and famous Tonga cart outside the Sholay set, the huge ammunition boxes and Jeep outside the Dabangg sets, it was all very exciting and fun to move around from one set to another. This park is the place for those who like things Bollywood, may not be too exciting for those who expect lot of different rides and attractions.

After grabbing a light snack at the Victoria cafe and sitting inside the AC train compartment that was the sitting area of the cafe, we started exploring each sets and that was the start of my test of patience, waiting in the long queues for the rides in the park. There are simulation rides, stunt shows, music and dance shows, and dancers performing at the different stages, and an absolutely thrilling and must watch Broadway style Bollywood musical Jaan-e-Jigar show that is being premiered tomorrow 9th December at the Rajmahal Theater, we were shown a 20 minute sneak peak. Loved all parts of this preview shown, the opulent set, the wonderfully choreographed dances , the drama and costumes, a truly magical experience.

My patience wore out while standing in queue to see the Krrish a Hero’s flight. As I have seen some amazing theme parks and this rather long line wait, a roomful of people in long queues going along the rows and rows that were inside the hall, and had to pass three such rooms to finally reach the hall to enjoy the ride. Having stood in line for more than an hour  it was senseless to leave midway, so we followed the queue. This was the time to glimpse human nature, elderly, young as well as kids and toddlers to teens all where inside the hall in line standing and patiently or some impatiently waiting for their turn. The total wait stretched to nearly three hours and by then we had made up our mind that this would be our last visit ever to any theme or amusement park. But after the ride all had already forgotten the irritation before entering the room. Well, these parks are designed in such way that no matter what age you are, one gets a good experience and sure has some fun time in the daily hectic life routines, so after the ride I did feel better and we finally did see and do most of the park rides. It was already dark by the time we walked out, had entered the hall when it was still a bright and sunny afternoon.

The Lagaan set had good decor, the clay pots, the rickshaw, the woven baskets, the commentary screen with Aamir Khan’s video telling about the Lagaan Thrill of Victory ride, and finally the ride experience.

The Dabangg set had a live stunt show with dancers, hero, heroine, the fight scenes and the blowing up of ammunition that we see in the movies, all in front of our eyes live on the set. The stage artists performed the dance and stunts well.

The cinema magic had the behind-the-scene set up of one of my favorite movie-Zindagi Na Milegi Dobara. I liked this section of the park, got to witness and experience the magic of film making. Few visitors were the volunteers who played three scenes from the movie that were shot and later showed to us, we all were part of that small clip. The scenes were shot in the two Stage rooms, and in the final Stage room the music was added and the final clip was shown to us. It was fascinating to understand the amount of hard work, efforts and excellence required to come up with the final movie that we get to see. The Purse shown in the movie ”Bagwati” was also kept on display inside along with few other things related to the movie.

After dark the park had a beautiful ambiance when the lights were switched on, the fountains with colored lights, the palm trees all lit up, the cool winter breeze, the garam masala chai and hot Vada Pavs, the kulfi corners and the other snack corners, and it felt like a perfect evening.

The last part of our day was the 20-minute preview of the Jaan-e-Jigar, a Broadway-style Bollywood Musical in the Rajmahal Theater, a grand structure true to the name that looked like a palace . Entering it I did feel that I have entered a palace kinda place, the majestic feel it had, the mahal wall had a huge elephant painting, very very beautiful. I could just stand and keep gazing at the painting.

It was 10 pm by the time we walked out of the theater, and finally it was time to call it a day. I did stop and clicked couple selfies, couple family pictures and some random shots of the location. We ate Chinese food and then walked out of the park towards our car in the parking lot. My long and tiring day at the Bollywood park ended, the mixed feelings of impatience, irritation and tiredness  eventually changed and I ended up enjoying my time and getting lost in the magic of the Bollywood Park.

Bollywood cinema is very popular here and other Nationalities apart from Indians too are seen as part of the Hindi movie audience. This park is definitely a place for those who love everything Bollywood, lot of fun and drama, perfect location to click pictures posing along famous scenes and sets of this Industry. 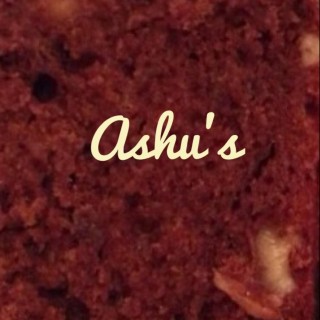 Simple human being, who loves to learn new recipes and enjoy good food and share the joy with family and friends. A nature lover. A fitness freak and a runner who loves her salads.